Data from NOAA...
The tropical cyclone Fengshen, named for the god of wind in Mandarin Chinese,

NOAA Partners wi...
An innovative partnership between NOAA and the US Navy brings research scient 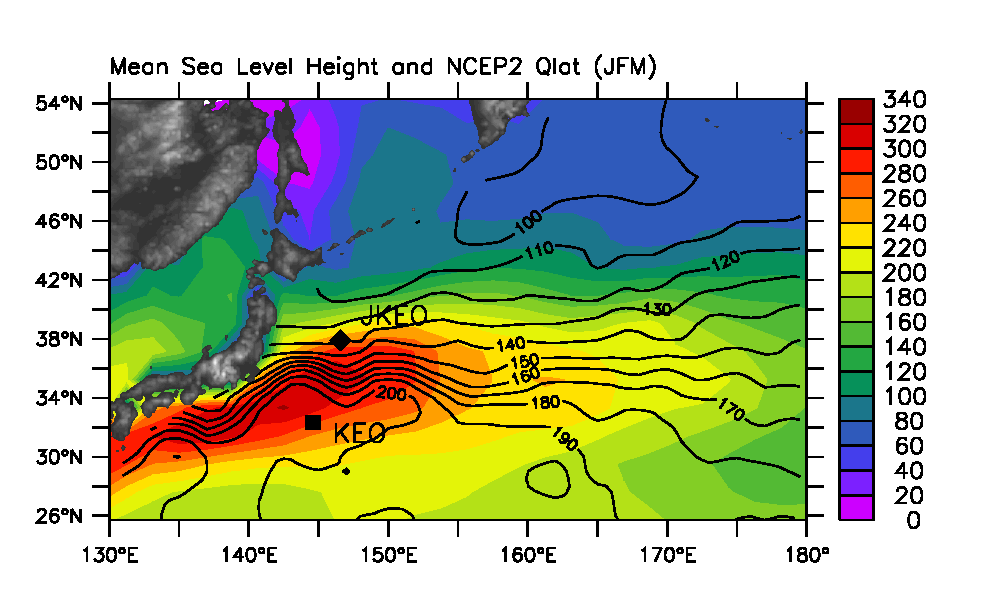 Net heat flux out of the ocean into the atmosphere, colored in units of Watts/m2. Contour lines show sea level height, which indicates the location of the Kuroshio Extension Current. Click to enlarge.

During winter, cold dry air blowing off the Asian continent moves over the warm waters of the Kuroshio Extension current.  This causes very large heat loss from the ocean, and warming of the atmosphere. The exchange of heat and moisture into the atmosphere is an important factor in the development of storms over the north Pacific before they reach the United States.

During the summer and fall months, typhoons are common in the western North Pacific. On average, a typhoon passes within 500NM of KEO every two weeks during the peak of the tropical cyclone season. The KEO mooring is well positioned to observe the transition of tropical cyclones to extra-tropical storms, and to measure the exchanges of heat and moisture between the atmosphere and ocean associated with these storms. 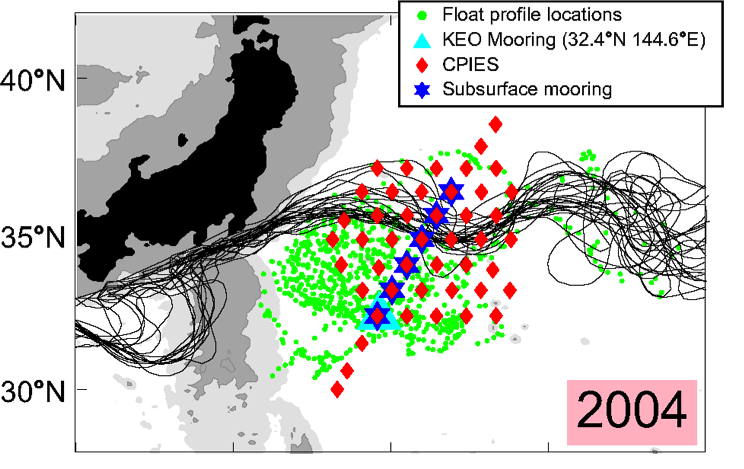 At the conclusion of KESS in February 2007, a NOAA partnership with the Japan Agency for Marine-Earth Science and Technology (JAMSTEC)'s Institute of Observational Research for Global Change (IORGC) was formed. In addition to contributing shared time on their research vessels to perform KEO mooring maintenance operations, JAMSTEC deployed other moorings in the area, including JKEO, NKEO, and S1.  These moorings supplied data for several research initiatives, including Hot-Spot: Japanese Air-Sea Interaction Experiment, begun in 2011.

In 2013, two years of NOAA funding was awarded to make the KEO mooring into a "Storm Mooring," in a project to increase data transmissions and use the real-time KEO data to improve short-term and seasonal hurricane predictions.

A JAMSTEC Sediment Trap mooring was first deployed near the OCS KEO mooring in 2014. 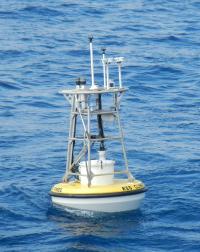 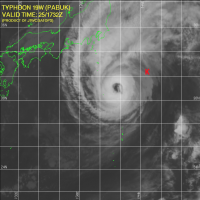