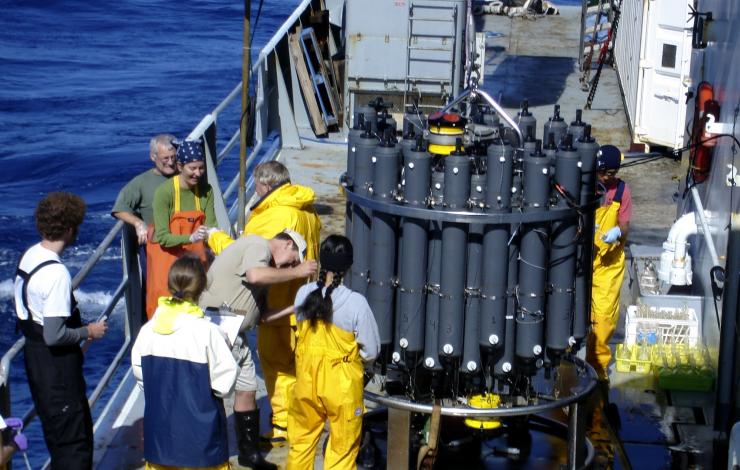 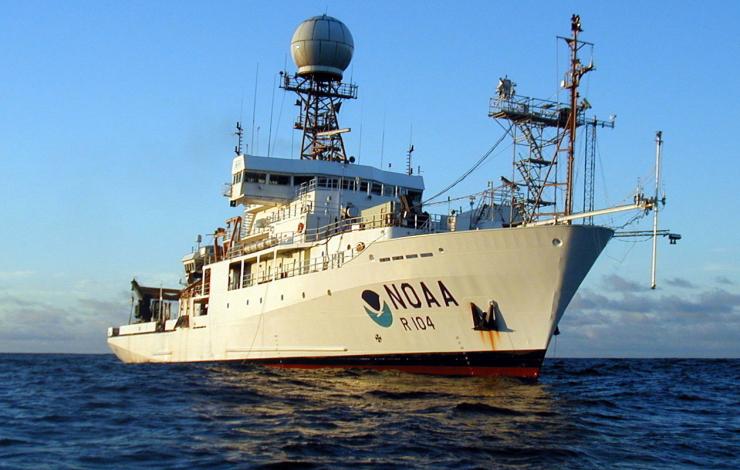 The new research published by NOAA and international partners in Science finds as carbon dioxide emissions have increased in the atmosphere, the ocean has absorbed a greater volume of emissions. Though the volume of carbon dioxide going into the ocean is increasing, the percentage of emissions -- about 31 percent -- absorbed by it has remained relatively stable when compared to the first survey of carbon in the global ocean published in 2004.

Ocean uptake reduces warming, but comes with a downside

By absorbing increased carbon dioxide from the atmosphere, the ocean reduces the warming impact of these emissions were they to remain in the atmosphere. However, carbon dioxide dissolved into the ocean causes seawater to acidify, threatening the ability of shellfish and corals to build their skeletons, and affecting the health of other fish and marine species -- many that are important to coastal economies and food security.

“The increasing load of carbon dioxide in the ocean interior is already having an impact on the shellfish industry, particularly along the U.S. West Coast,” said Richard Feely of NOAA’s Pacific Marine Environmental Laboratory, leader of NOAA’s West Coast acidification observing network and a co-author of the study. “We have been working with the industry to provide an early warning system against the most severe impacts of rising carbon dioxide levels.”

Rik Wanninkhof, an oceanographer at NOAA’s Atlantic Oceanographic and Meteorological Laboratory and another co-author, added: “A critical question that warrants continued observations of the ocean is if this uptake can be sustained and what might happen to the Earth’s atmosphere if the ocean is unable to absorb continued increased carbon dioxide.”

The new research was led by Nicolas Gruber of ETH Zurich in Switzerland and builds on a 2004 NOAA-led study that found that 118 billion metric tons of carbon were absorbed by the global ocean from the start of the Industrial Revolution in 1800 to 1994.

The recent findings are based on an analysis of data taken by 50 research cruises that gathered more than 100,000 water samples, including cruises by NOAA Ship Ronald H. Brown, sponsored by NOAA’s Ocean Observing and Monitoring Division. Because these cruises do not occur annually, it takes years for data representing all ocean basins to be collected and thoroughly analyzed.

Building on this extensive effort, NOAA has created an international Ocean Carbon Data System database to help researchers monitor changes in ocean chemistry. The database is managed by Alex Kozyr, a co-author of the study and scientist at NOAA’s National Centers for Environmental Information.