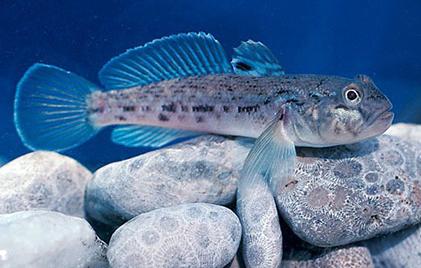 Invasive species are one of the world’s most serious environmental problems, ranking as the second most serious cause to biodiversity declines (next to habitat loss). Key U.S. aquatic systems—including the Great Lakes, San Francisco Bay, and Chesapeake Bay—have been subjected to ongoing onslaught by invasive species that are accidentally introduced from foreign ports via shipping. Several of these cause severe industrial fouling, alter ecosystem structure and functions, and change food web relationships, resulting in significant economic loss.

From the standpoint of the invasive species, it is very difficult to enter and become established in a new environment, i.e., finding an appropriate habitat, food, and others to reproduce with, while avoiding competitors, predators, parasites, and pathogens. Invasions comprise accidental evolutionary experiments, whose genetic compositions underlie relative success, spread, and persistence in new habitats. However, little is known about whether, or how, their genetic patterns change across the invasion's history. Invasions are predicted to undergo founder effect, exhibit low genetic divergence across the new range and gain variation over time via new arrivals. This project tested those predictions by analyzing the population genetics of the Eurasian Round Goby Neogobius melanostomus across the two decades of its North America invasion in the Laurentian Great Lakes. The round goby is a highly successful invasive species that has exerted large economic and ecological effects. Its wide temperature and salinity tolerance indicate that it also would be successful in many other U.S. habitats, including San Francisco Bay and the Chesapeake Bay.

We analyzed genetic patterns across invasion stages—soon after the round goby established, mid-invasion, and late invasion—from the invasion core (the original area), expansion sites, and the primary native source population (Black Sea). Three possible genetic scenarios were evaluated: 1) ‘Genetic stasis’ – the genotypes of the initial established colonists have persisted over time either because of resistance against later arrivals or because all diversity was introduced early on, 2) ‘Genetic supplement’ – the initial genotypes have remained alongside later arrivals, and 3) ‘Genetic replacement’ – the early genotypes were replaced by later ones. Results reveal pronounced genetic divergence across the exotic range, with populations remaining genetically distinct and statistically consistent, supporting ‘genetic stasis’ and the ‘founder takes most’ hypotheses. The original round goby genotypes continue to predominate, whose high population growth outpaced the relative success of later arrivals. The original invasion core has remained the most similar to the native source. The geographic and temporal coverage of this investigation provided a rare opportunity to discern population dynamics over time and space of a successful invasion.

For more information or to read the full article, visit the journal's article page here.