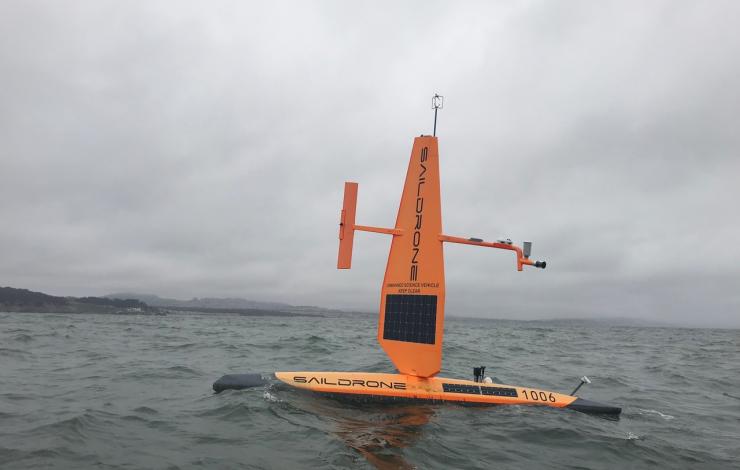 After eight straight months of sailing in the Pacific Ocean, two Saildrones have made their way back to their home port in Alameda, CA, filled with scientific data.

These unmanned observing platforms were launched on September 1, 2017 on a mission to the equator and back.  The purpose of the mission was to learn more about how Saildrones might be used to improve the Tropical Pacific Observing System (TPOS), which is used by the US and partner nations to forecast weather and climate.

Overall, the project scientists consider this to have been a very successful mission. Though still sorting out a few measurement glitches, the researchers are very pleased with the data so far.  Initial findings show that the oceanographic and atmospheric measurements made by the Saildrones are high quality.  This platform may be a good tool for providing key observations for long-term weather forecasts.

In fact, several interesting very abrupt temperature fronts were discovered during the mission.  Scientists were surprised to see the temperature of the surface sea water change by about 1°C (1.8°F) in less than 1km (0.62mi).  They are now studying how these fronts impact the local meteorology and chemistry of the surface ocean.  This is the sort of detail that can’t be observed from satellites, but which may influence weather patterns forming in the area.

There is still more to learn!  Researchers will spend the next several months getting a good look at the data.  The next Saildrone mission to the tropics is slated to begin by September 2018. Once again, two drones will sail to the equator and back, making surveys of fronts and features along the way.

You can get more information at the OCS Saildrone website, and on the mission blog.