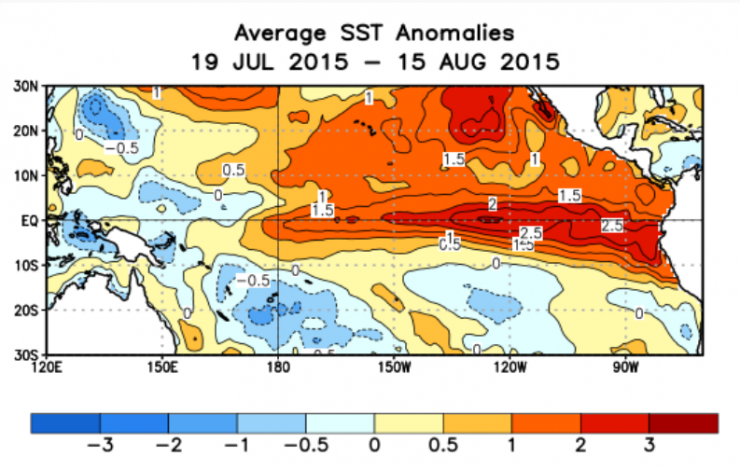 McPhaden’s commentary explores possible reasons why the much anticipated El Niño of 2014 failed to materialize, while an unforeseen strong El Niño is developing now. In the same issue, a review paper by McPhaden and colleagues explores the connection between global warming and El Niño/La Niña events.  Model results indicate that extreme El Niño and La Niña events will increase in number and intensity as the climate continues to warm.

Read the commentary and research review on Nature Climate Change and the NOAA Press Release about current El Niño research.

Oceans in NOAA’s Annual State of the Climate Report 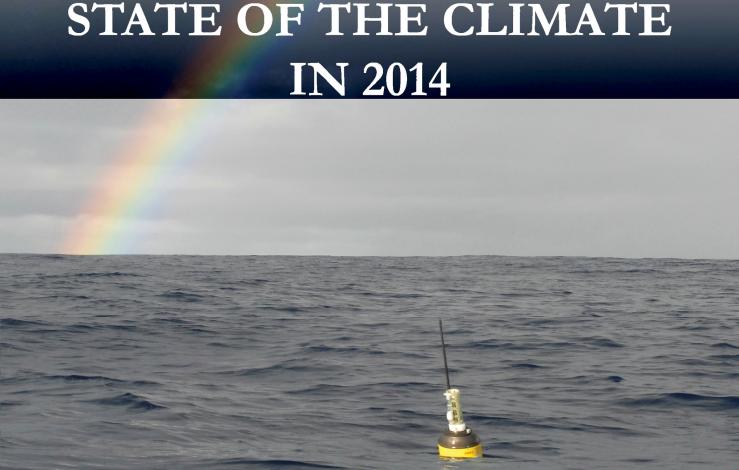 An Argo float on the cover of the State of the Climate in 2014.

The State of the Climate in 2014 report, published in July 2015 as a Bulletin of the American Meteorological Society supplement, highlights records in sea level, ocean heat content, and sea surface temperature, also documenting ocean climate variability including the borderline El Niño, the warm-water “Blob” in the Northeast Pacific, and a transition to the warm phase of the Pacific Decadal Oscillation. The cover features a PMEL Argo float, deployed in September 2007 and still active in July 2015. PMEL scientist Gregory Johnson co-edited the Global Oceans chapter of the report, composing haiku to summarize 2014 ocean variations: 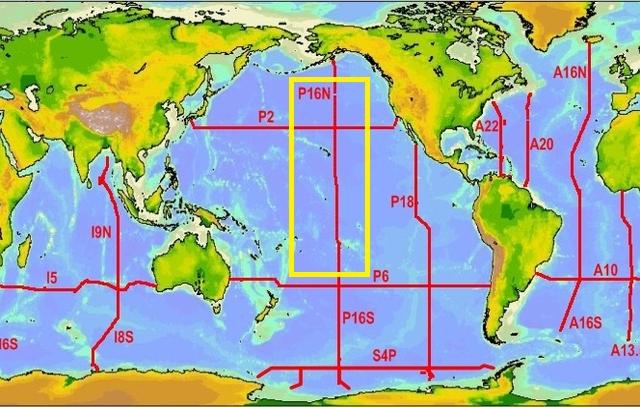 From April–June 2015, scientists on the  NOAA ship Ronald H. Brown are collecting observations of Pacific Ocean water properties and currents from Tahiti to Alaska. This expedition is part of the US GO-SHIP Repeat Hydrography Program, an international effort to measure and observe the changing global ocean every decade.  This particular cruise fortuitously crossed the equator during a developing El Niño and shortly after a transition to the warm phase of the Pacific Decadal Oscillation, allowing study of how these climate variations affect ocean conditions such as biological production and heat transport.

In an article recently published in Geophysical Research Letters, Tong Lee of the Jet Propulsion Lab in Pasedena and Mike McPhaden of PMEL analyzed 30 years of NOAA satellite sea surface temperature data and found that the intensity of El Niño events in the central equatorial Pacific has almost doubled in the past three decades, with the strongest warming in 2009-10. 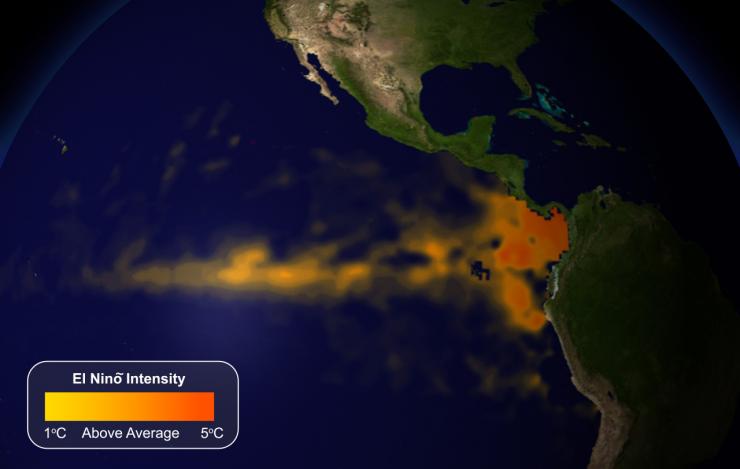 PMEL’s Dr. Ed Harrison and JISAO’s Dr. Andy Chiodi co-authored a paper published online on February 7 in the Journal of Climate that finds a new way to identify which El Niño events will have the biggest impact on U.S. winter weather. They examined an indicator known as outgoing long-wave radiation (OLR) and found that El Niño events with drops in OLR were most likely to be associated with winter weather. 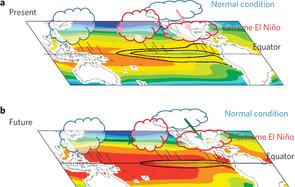 In both present-day climate (a) and future climate (b), convection zones in the western Pacific and the ITCZ latitudes shift from their normal positions (blue clouds) to the equatorial Pacific during an extreme El Niño event (red clouds).

For the first time, in a research article published January 19 in Nature Climate Change, PMEL’s Dr. Michael McPhaden and a team of international scientists provide robust and convincing evidence that greenhouse warming will double the chance of extreme El Niño events in the coming decades. The scientists examined 20 climate models and found a doubling of extreme El Niño events, like the one in 1997-98, from present-day through the next 100 years in response to greenhouse warming.