08 June - After comparative measurements and analysis we are off to Norton Sound!

The next project for the Saildrones will be an exploration of Norton Sound, where the Yukon River drains. While fresh water drains all along the coast of Alaska through many small rivers and ground flows, the Yukon River is by far the biggest of these sources. It drains an area of more than 333,000 square miles-- bigger than the state of Texas. This river winds it way through the Yukon Territory and British Columbia and northwestern Alaska, where it eventually drains through the Yukon River Delta.

The Saildrones are uniquely suited to study the Yukon River plume. Firstly, Norton Sound and the area close to the Yukon River delta is very shallow, which usually prevents work by mid-size and larger research vessels, although it won’t be a problem for the smaller saildrones. Additionally, the signals that the river plume produces are highly concentrated and very big, which means that they will be easy for the sensors on the Saildrones to measure.

From a scientific perspective, this will also be an interesting project. The river isn’t transporting only heat (river water can be up to 15 degrees warmer than the ocean at this time of year)—it’s also bringing with it a lot of organic matter. In fact, some studies suggest that climate change is causing permafrost in the Yukon River drainage basin to melt. This is releasing a lot of very, very old frozen dirt and plant matter that is running headlong down the river into Norton Sound. While the Saildrone’s sensor suite isn’t capable of quantifying the amount of organic matter at the surface yet, we will be able to map out the area of the plume, and determine which areas of Norton Sound might be most impacted by this type of signal.

The Saildrones will start the mission South of Norton Sound, exploring the boundary between the Bering Sea shelf and the near-coastal region affected by discharge from the delta. They should arrive on the scene around Wednesday, June 10. After that, we’ll send the Saildrones north and eventually west into the sound to map the intense part of the plume.

The next project for the Saildrones will be an exploration of Norton Sound, where the Yukon River drains. 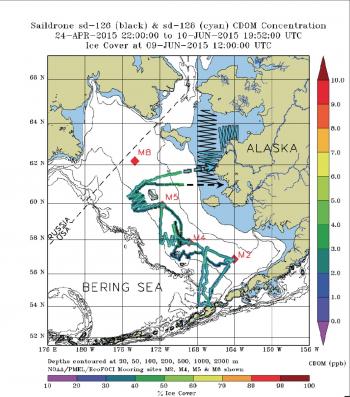 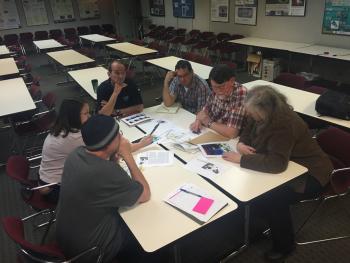 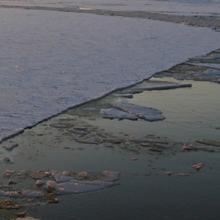 Exploration
Join the adventure as the scientists and engineers explore the vast and unpredictable waters of the Bering Sea and US Arctic. 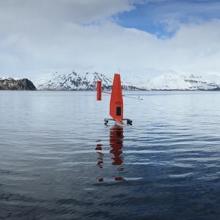 What a Saildrone Measures
ITAE has several researchers working with the data collected during this project. E. D. Cokelet (PMEL) explains what Saildrones measure and Kim... 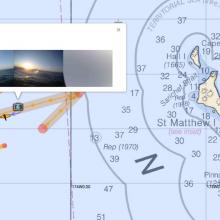 Follow the Saildrone 2015
Join the adventure - where no Saildrone has gone before! 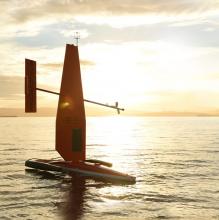 Saildrone in the News
19 April 2015 -The Office of Oceanic and Atmospheric Research (OAR) known as NOAA Research, recently published an article...