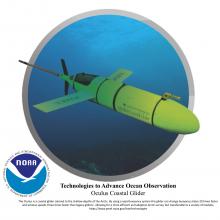 The Oculus Coastal Glider is a new glider specifically engineered to work in the highly stratified, shallow depths of the Arctic. It can rapidly change its buoyancy state for more efficient and adaptive surveys.

Measurements collected during the initial test mission in the Bering Sea (summer 2017) revealed new detailed information in an important transition area that divides the ecosystems of the northern and southern Bering Sea shelf. Observations by the Oculus Glider suggest the existence of numerous eddies that can influence prey availability for higher trophic levels. Incorporating this higher resolution sampling, not previously available through shipboard and moored buoy observations, into the Bering Sea observing network will improve our understanding of patchiness in the system and its effect on the ecosystem. While the OAR-NMFS Ecosystems and Fisheries-Oceanography Coordinated Investigations (EcoFOCI) program at PMEL has been conducting hydrographic surveys in the region for several decades, these small eddies have not been previously observed due to the sparser sampling resolution of the hydrographic surveys.

In 2019, the Oculus Glider program will have two goals: (1) mapping the seasonal evolution of the cold pool (region with temperature < 2°C that acts as a thermal barrier to some fish species), and (2) investigating the Bering Shelf eddies discussed above.  Gliders will be deployed in the spring, coincident with ship operations in the region.  This mission represents a field test of several improvements to the glider that are being implemented through a collaboration with Kongsberg Maritime. These upgrades include improvements to the buoyancy engine, a new science electronics board that provides faster sampling and increased vertical resolution, a tuned altimeter, a fast-response oxygen sensor, and a larger rudder. 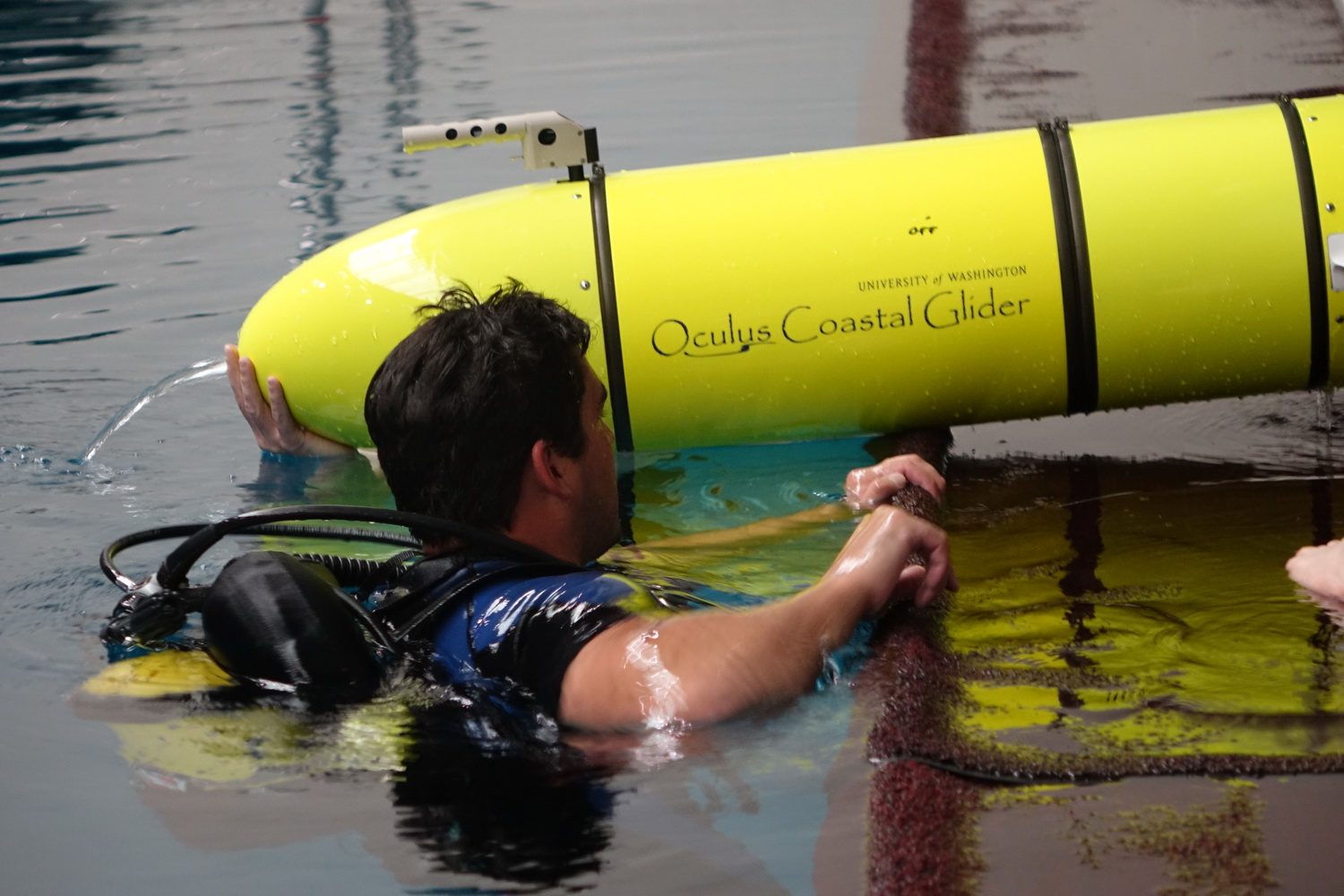 NOAA Technology in partnership with the University of Washington, including the Joint Institute for the Study of Atmosphere and Ocean and Kongsberg Underwater Technology, Inc (2015- current).