Summer of Saildrones: From the Arctic to the Tropics 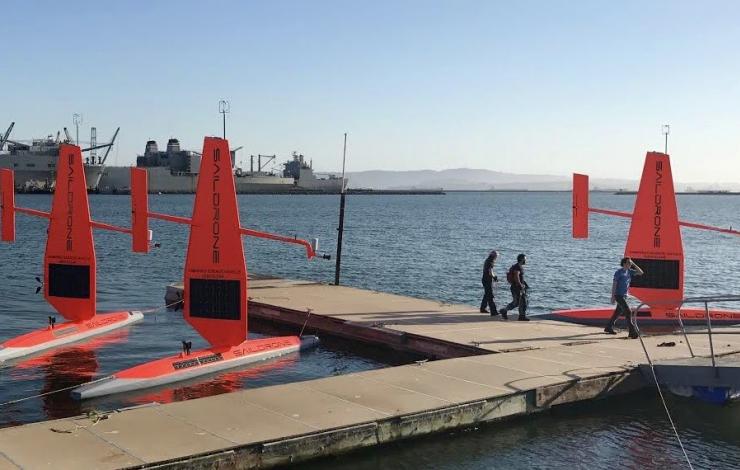 The fleet of saildrones pictured here are being prepared for a summer and fall of science from the Bering Sea to the Arctic to the far reaches of the tropical Pacific Ocean. Credit: Saildrone Inc.

Over the next four months, NOAA scientists will launch unmanned ocean vehicles, called Saildrones, from the Arctic to the tropical Pacific Ocean to help better understand how changes in the ocean are affecting weather, climate, fisheries and marine mammals. The wind and solar-powered research vehicles that resemble a sailboat will travel thousands of miles across the ocean, reaching some areas never before surveyed with such specialized technology.

Earlier this week, PMEL scientists and Saildrone, Inc. sent off three saildrones from Dutch Harbor, Alaska. For the first time, two saildrones will sail north through the Bering Strait into the Arctic Ocean to study how the Arctic Ocean is absorbing carbon dioxide.  A third unmanned vehicle will survey more than 3,100 nautical miles in the Bering Sea for walleye pollock, Northern fur seals that prey on them and the elusive North Pacific right whale. This work will build on research conducted during 2016, including a study of fur seal feeding rates. NOAA Fisheries Alaska Fisheries Science Center scientists will also attach video cameras to fur seals to record feeding and verify the species and sizes of fish that fur seals are eating.

In September, scientists will launch two more unmanned systems from Alameda, Calif., on a six-month, 8,000-nautical-mile, round-trip mission to the equator to improve the Tropical Pacific Observing System (TPOS).  TPOS provides real-time data used by the U.S. and partner nations to forecast weather and climate, including El Nino.  The unmanned sailing vehicles will take part in a larger field study with NASA, and visit mooring sites along the array of observing buoys.

Read the release on NOAA Research here and follow along with the Innovative Technology for Arctic Exploration's Blog for the Bering and Chukchi Seas missions.