State of the Climate in 2016 Report Released 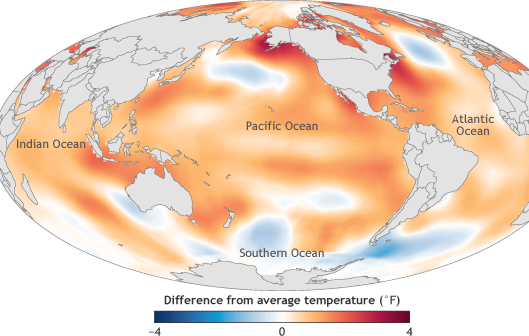 On August 10th, the State of the Climate in 2016 was published in a special edition of the Bulletin of the American Meteorological Society. This 27th annual report is based on contributions from more than 500 scientists representing over 60 countries around the world. It is the most comprehensive annual summary of Earth’s climate and provides a detailed update on global climate indicators, notable weather events and other data collected from locations on land, water, ice, and in space.