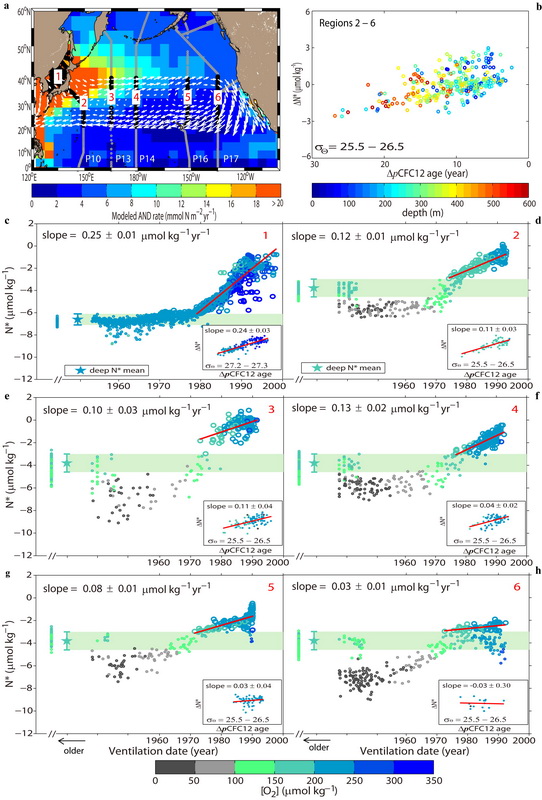 The recent dramatic increase in anthropogenic emissions of reactive nitrogen from northeastern Asia and the subsequent deposition over the open North Pacific Ocean (NPO) has led to a detectable increase in the nitrate (N) concentration of the upper ocean. This result was obtained from reconstructions of the recent history of the excess of N (N*) relative to phosphate (P) in the NPO using nutrient observations from the upper ocean and information about the time passed since the water parcel last contacted the atmosphere, using CFC-12 derived age data. This anthropogenically driven increase in the N content of the upper NPO has numerous potential ecological consequences, including enhanced primary production in this N limited region and a long-term change of the NPO from being N-limited to P-limited.